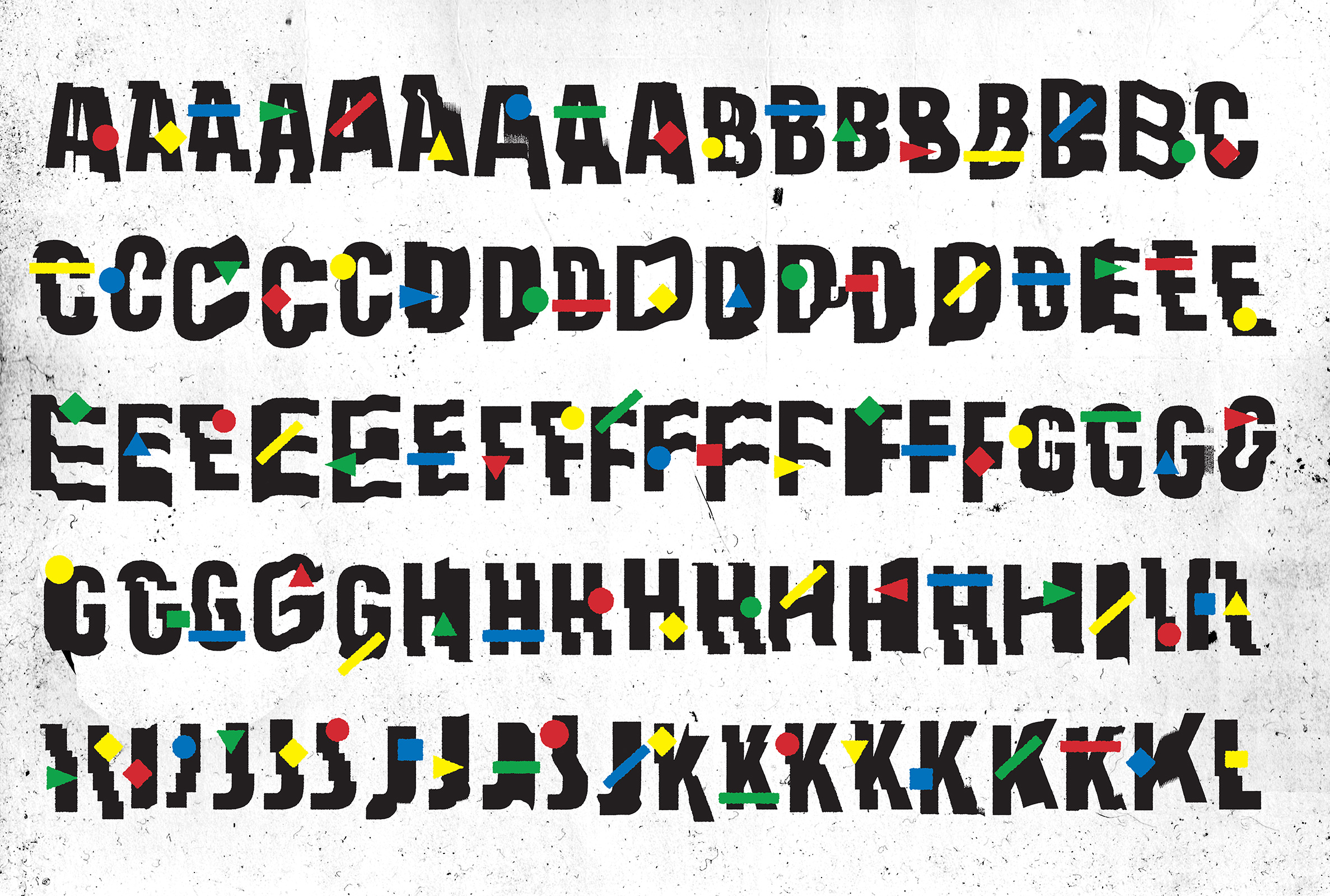 A typeface commissioned by Fontsmith.

FS Erskine has nine variations on each letter, with shifting vertical positioning of the characters.

Jimmy Turrell took inspiration from the Byker Wall in Newcastle, a council estate where he grew up. The estate was built in the late 1960s by an architect called Ralph Erskine who wanted to move away from the Brutalism inherent in Newcastle architecture at the time. The estate was to replace Victorian terraces deemed unfit for habitation. The Byker Wall has a lot of geometric shapes and primary colours in it’s design. The housing represents true community-based architecture, occupying around two hundred acres of land and six hundred homes. It’s bright, colourful and modern design was a huge contrast to the rest of the city.

The starting point for the typeface was some old lettering Jimmy found in a nearby skip, this was photocopied and distorted. He also used children’s wooden building blocks inserted into the back of the sign letters replicating the colours and geometric forms of Byker. The bounce of the typeface in terms of it’s varying positioning, was an idea of Jimmy’s to visualise the patter of the Geordie accent.