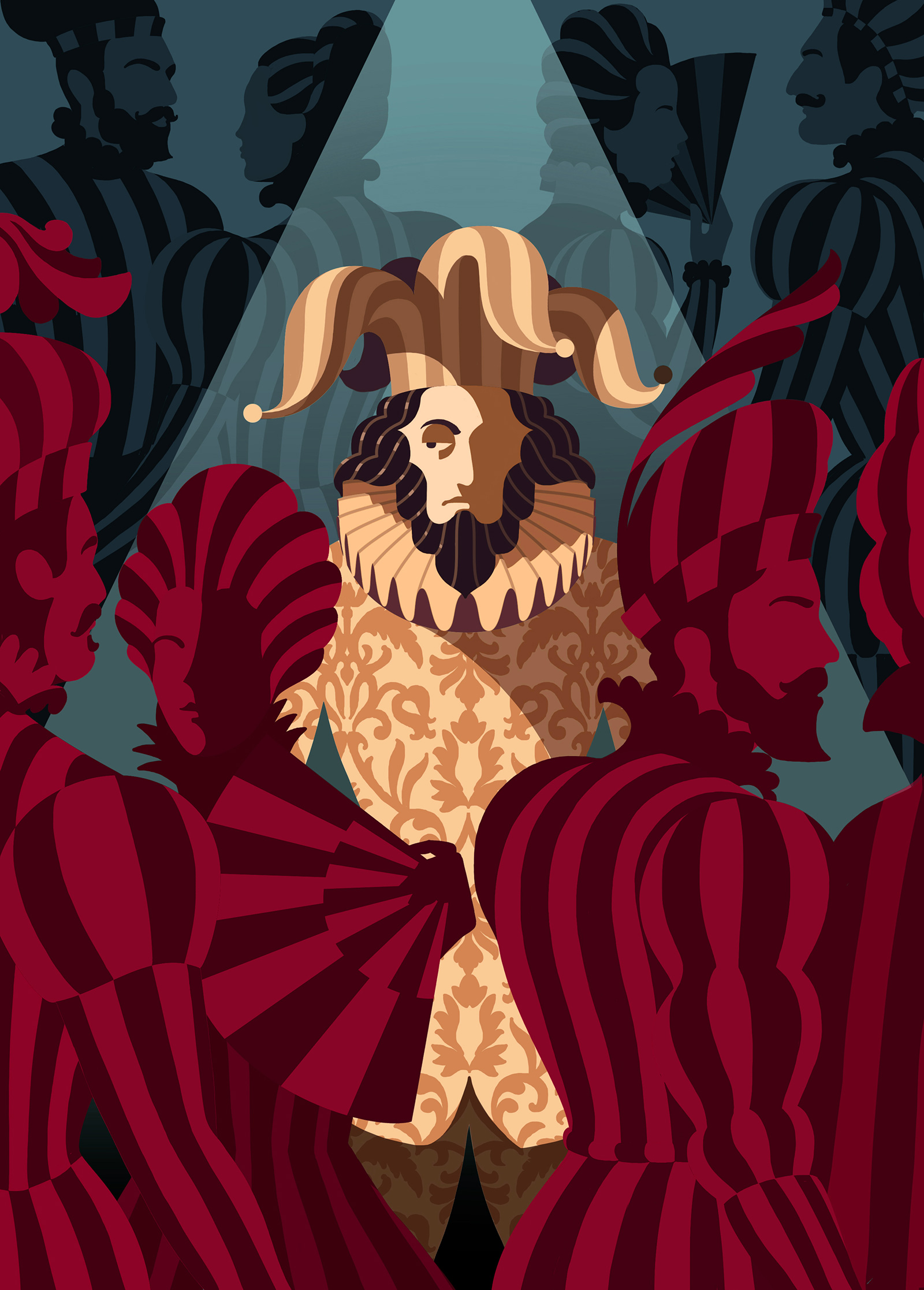 Artwork for the opera ‘Rigoletto’ . Also based on a Victor Hugo play, ”Le roi s’amuse’ its tragic story revolves around the promiscuous Duke of Mantua, his hunch-backed court jester Rigoletto, and Rigoletto’s daughter Gilda