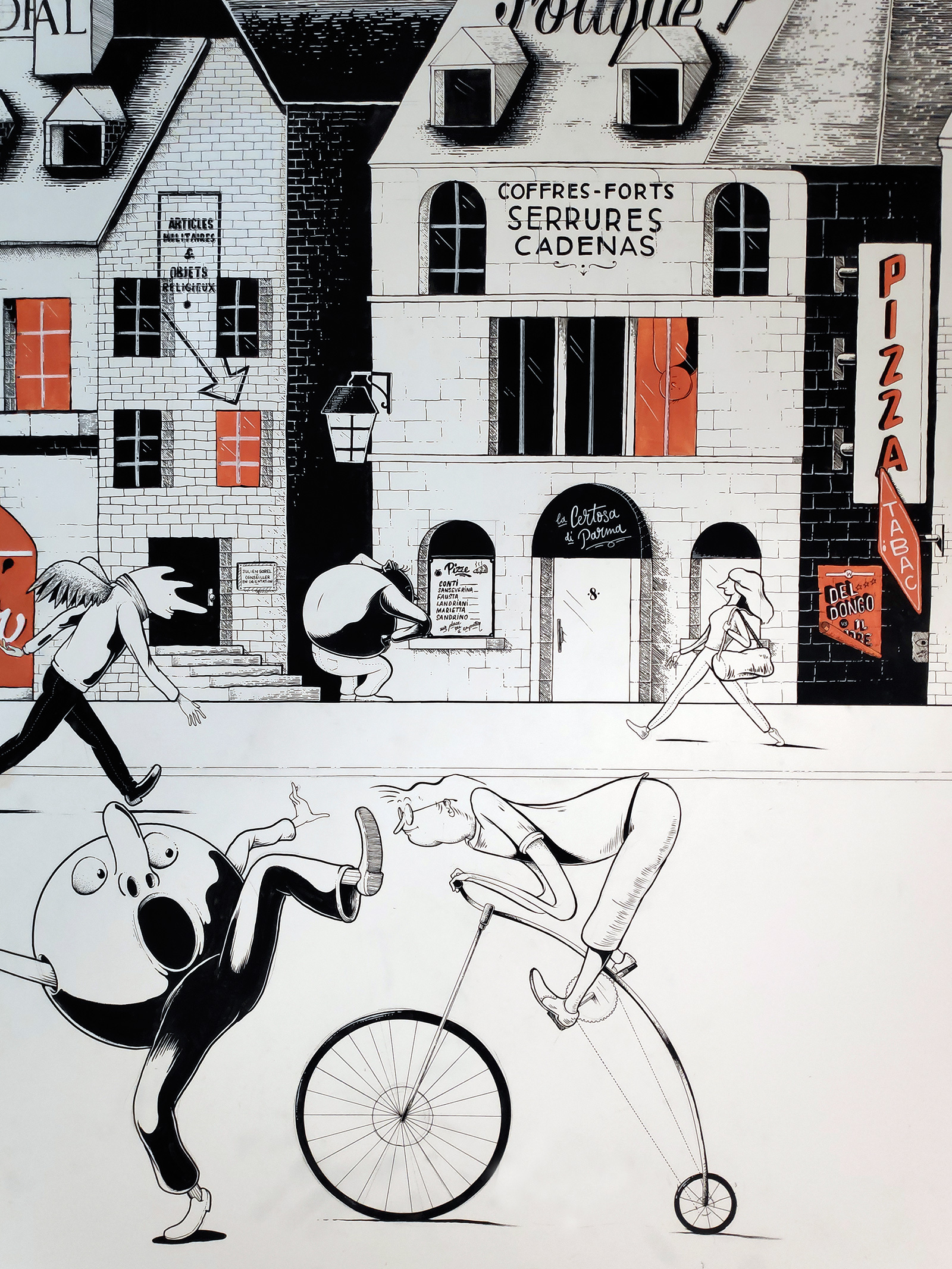 The project was part of a major renovation program for the university and the mural was commissioned to honour Marie-Henri Beyle, better known by his pen name ‘Stendhal’, a 19th-century French writer. Noted for the novels Le Rouge et le Noir and The Charterhouse of Parma, Stendhal is highly regarded for the detailed behaviour studies of the characters in his novels

Renaud proposed to consider the whole of Stendhal’s literature, picking character names and working with “clins d’œils” or ‘easter eggs’ to find details within the mural

Renaud settled on the idea of making a typical Besançon street, with it’s houses and shops. The environment allowed Renaud to play with names and words in order to imagine shop fronts, signs and other wall lettering among an entertaining street life occupied by a range of characters

Detail from the mural