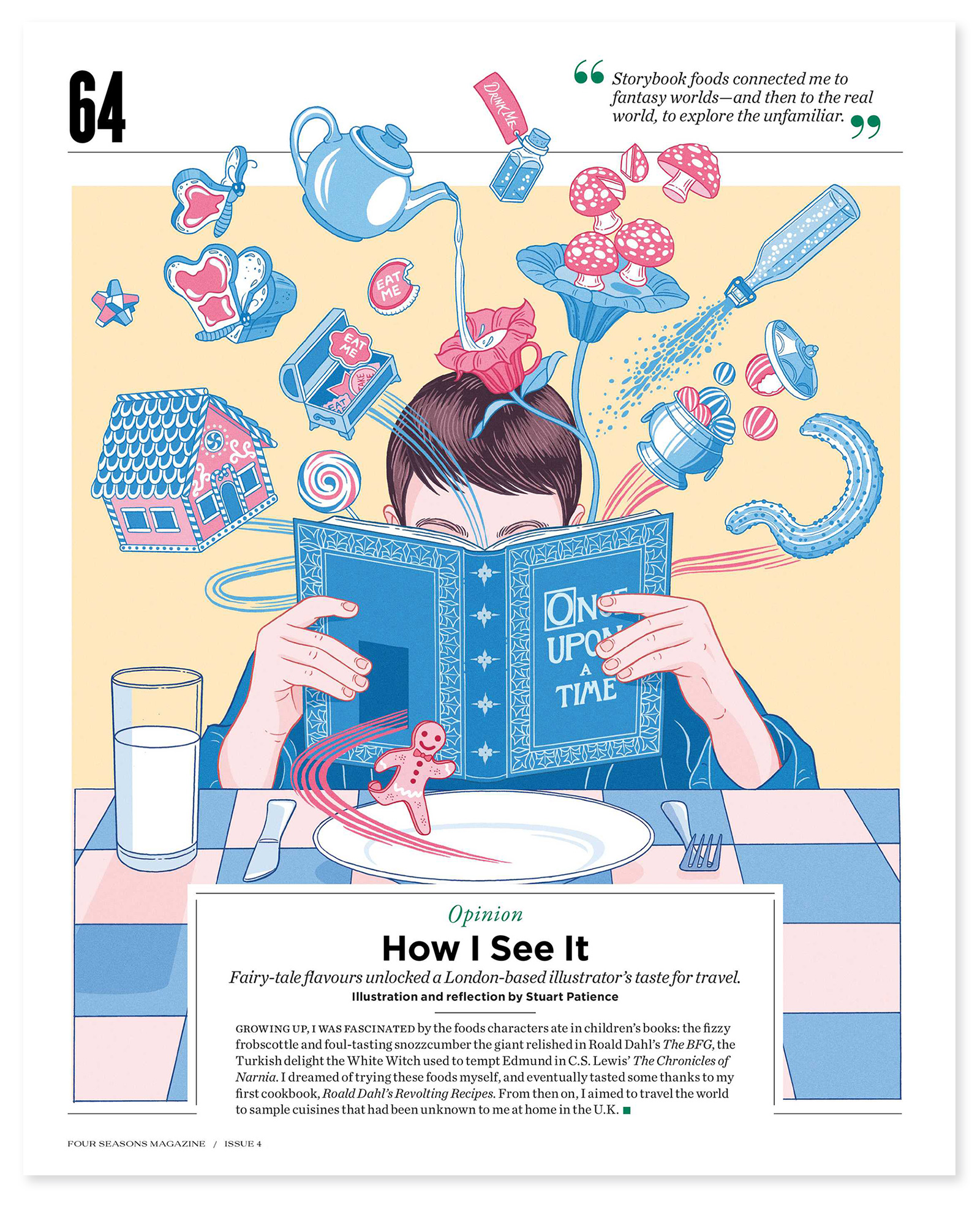 “Food and illustration were very much interlinked to me as a child. The foods described in children’s books sparked my imagination and encouraged me to explore the unfamiliar. Something I tried (and often failed) to create in Roald Dahl’s Revolting Recipes!”