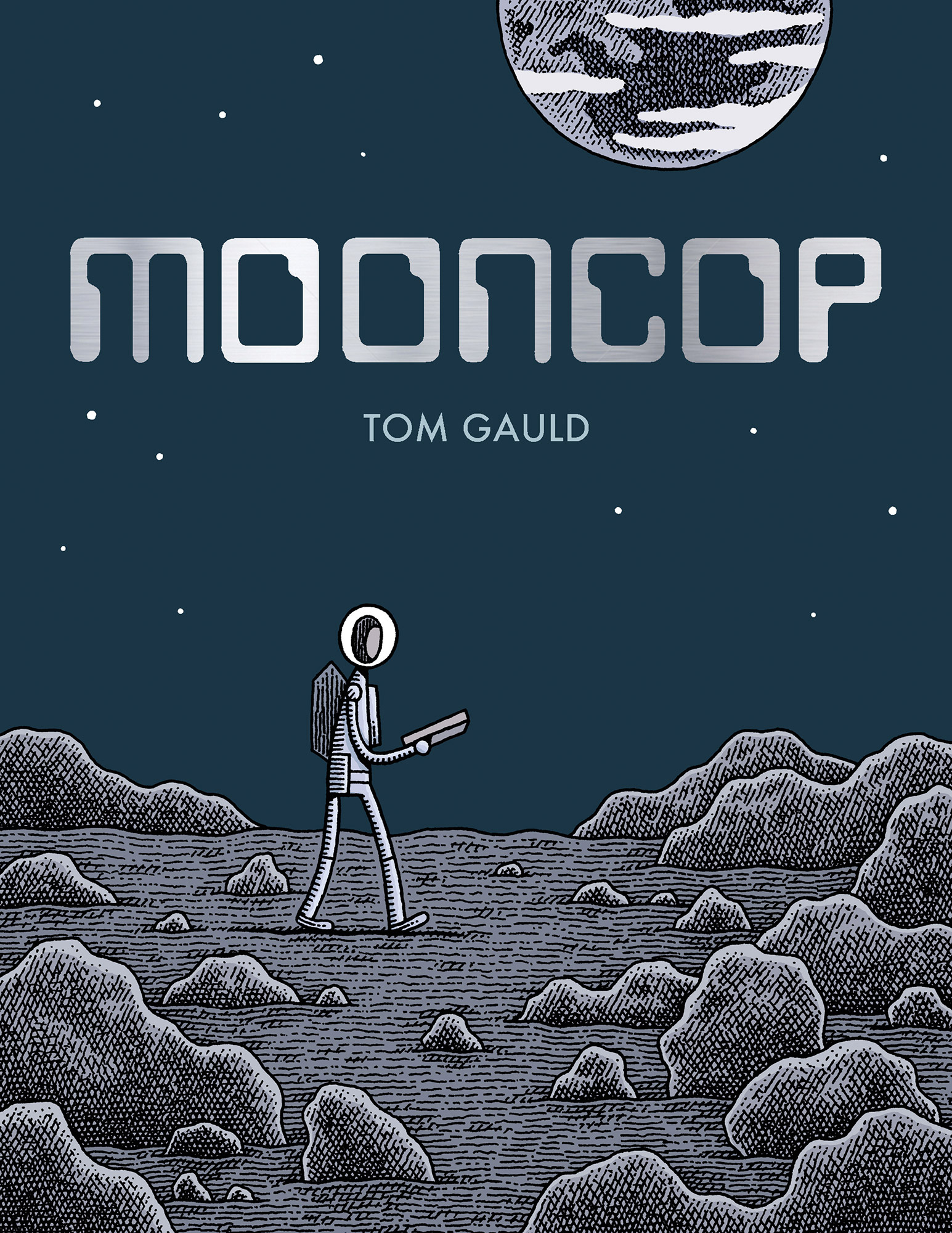 Cover of Mooncop written and illustrated by Tom Gauld, published by Drawn & Quarterly and translated into ten languages

Set against an epic backdrop, this is the story of the last remaining Mooncop after the much anticipated lunar colonisation doesn’t quite become the big deal everyone was expecting. A young girl runs away, a dog breaks off his leash, an automaton wanders off from the Museum of the Moon. Each day the Mooncop goes to work, life gets a little quieter and a little lonelier.

Tom Gauld: “The idea of a cop on the moon came from a 1960s tin toy I saw, which was a car with ‘Space Patrol’ on the side and a robot driver in a glass dome wielding a laser cannon. The packaging showed the car on a deserted moon, with the Earth in the black sky above. The toy suggested a future where we were not only living on the moon, but the enterprise was successful enough that it required a heavily-armed police force. I began to imagine the life of a lonely policeman patrolling the moon and the story grew from there.”

Read a review by Wired here