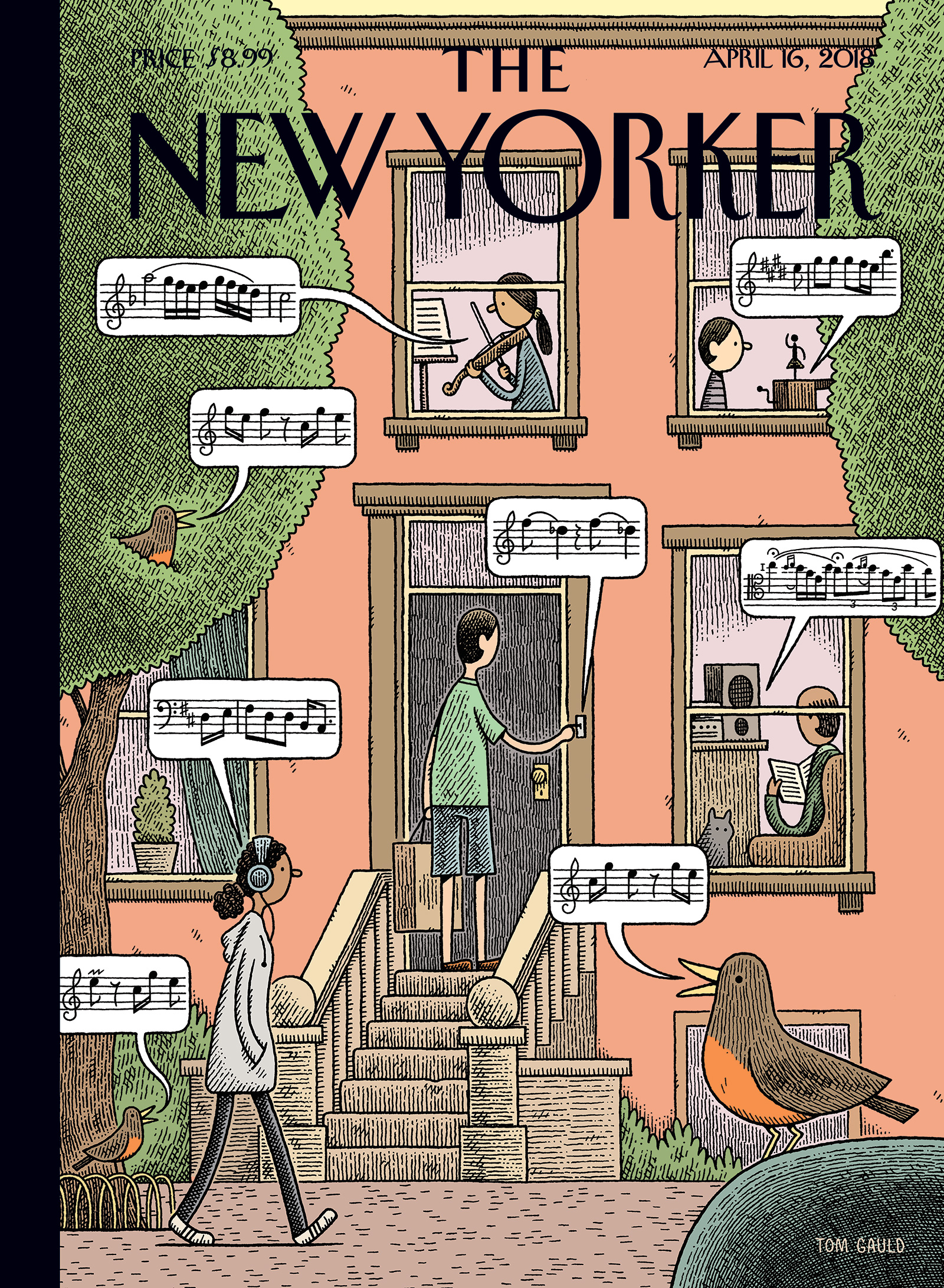 Soundtrack to Spring for the April 16th 2018 issue of the magazine. The idea for the cover came to Tom whilst sitting in his daughter’s violin lesson, listening to her play.

Tom Gauld: “I noticed that there were birds singing in the trees outside. It made for a very pleasant moment, and I thought it would be interesting to try and capture it in a cartoon by using musical notes within speech bubbles.”

For the magazine’s first musical cover, Tom wanted the scores in the speech bubbles to make sense to those who can read music. He worked with fact checker Fergus McIntosh to select Spring themed pieces of music including Vivaldi’s “Spring” and Beethoven’s “Spring Sonata”. These were then performed by friends of The New Yorker (including McIntosh) and can be heard by hovering over the musical notes, here.

Read a short interview between Tom Gauld and Françoise Mouly about this New Yorker cover, here