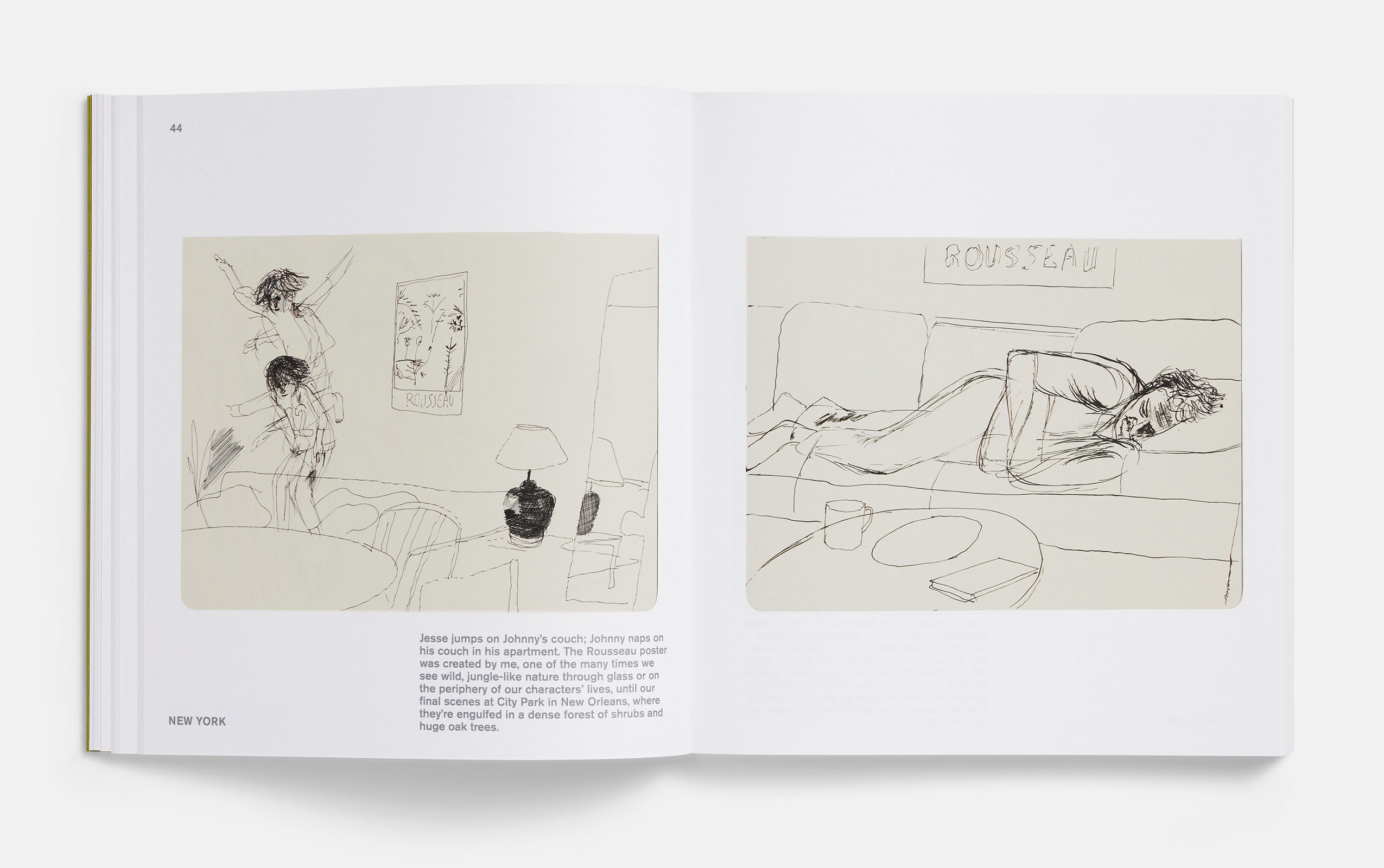 Yann was invited by the writer/director and visual artist, Mike Mills (Beginners, 20th Century Women)to join the production of his new film ‘C’mon C’mon’ and draw some of the locations and actors during the shoot.

Towards the end of 2019 and the beginning of 2020, Yann joined filming in Los Angeles and New Orleans where he created over 300 drawings. Most of the artworks were produced on set, as scenes were being filmed and Yann also had the opportunity to spend time alone with the actors (including Joaquin Phoenix and Gaby Hoffman) to create portraits of the main characters.

Published by A24 and designed by Actual Source, ‘C’mon C’mon: Drawings from the Set’ is a 176-page book containing a curated selection of Yann’s drawings from the project accompanied by an introduction and set anecdotes from Mike Mills.

C’mon C’mon stars Joaquin Phoenix as Johnny, a radio journalist who travels the US interviewing children about their thoughts on (and hopes for) the future. Whilst in the middle of a project, Johnny is thrusted into caring for his nephew, Jesse (Woody Norman) and the pair forge a tenuous but transformational relationship in this delicate and deeply moving story about the connections between adults and children, the past and the future.

Spread from ‘C’mon C’mon, drawings from the set’.