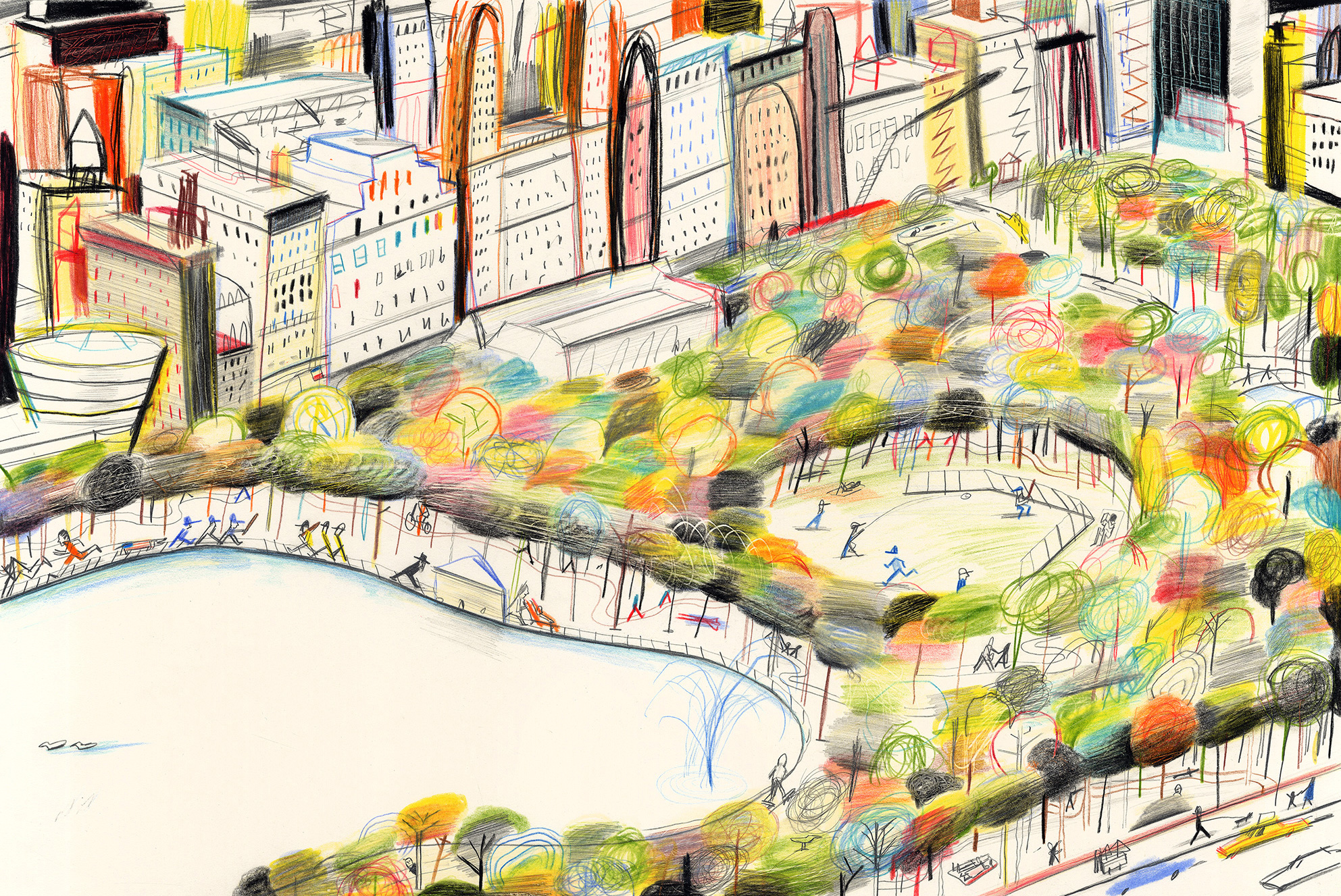 It tells the story of Ouaf, a French dog, who returns home to Paris and recounts his amazing trip to New York City to his dog pals.

Based on Yann’s own impressions of New York from his time spent there as a student, the illustrations feature classic sights of the city such as the Wonder Wheel at Coney Island and Grand Central station as well as quintessential slices of New York life; commuters on the subway and ice skaters in Central Park.