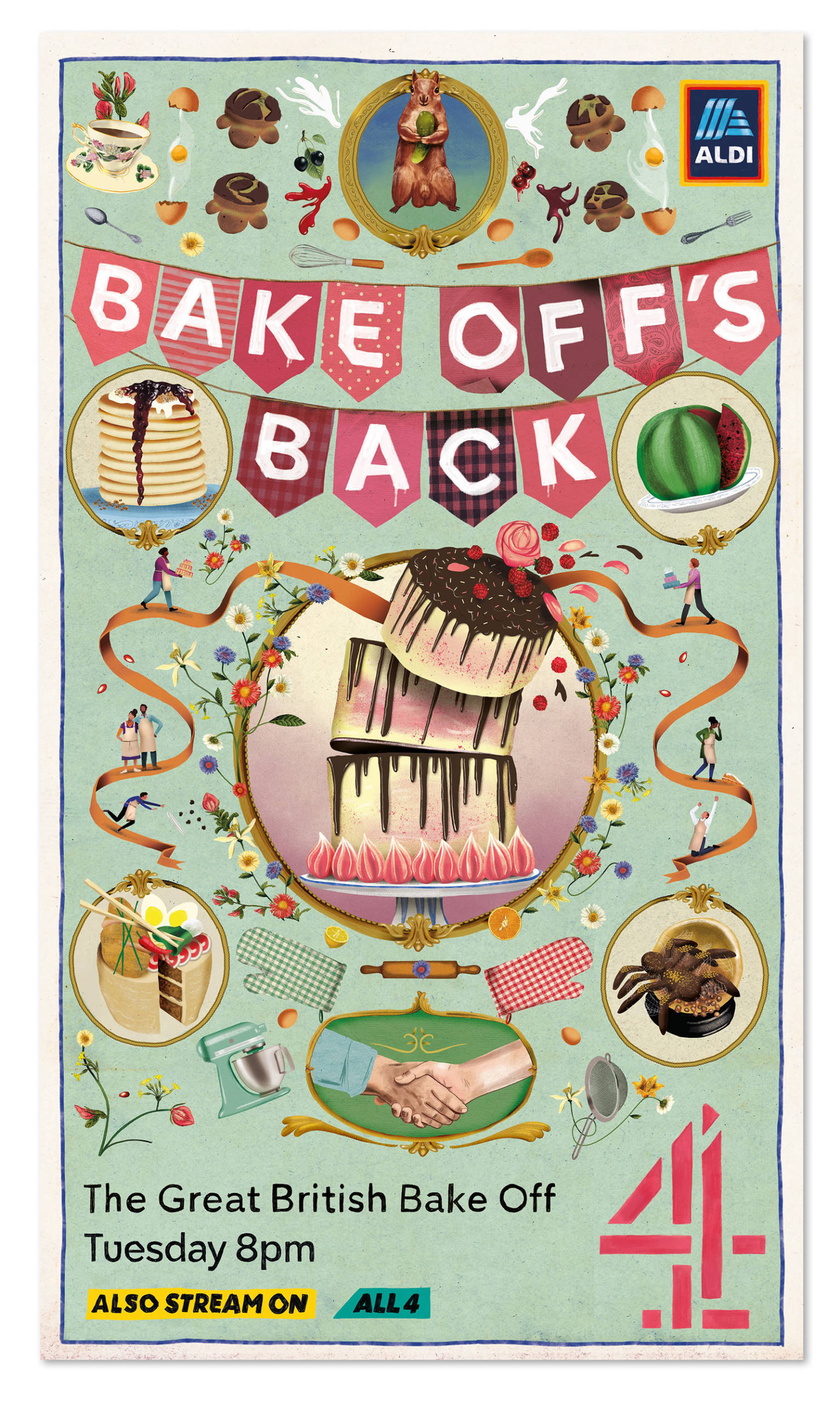 Tea towel artwork for the advertising campaign of the 2020 series of The Great British Bake Off, commissioned by 4Creative for Channel 4

Barry Falls’ artwork features some of the most popular and infamous bakes from previous series of the much loved show as well as references that only true Bake Off fans will recognise (such as a certain, controversial squirrel mascot)…