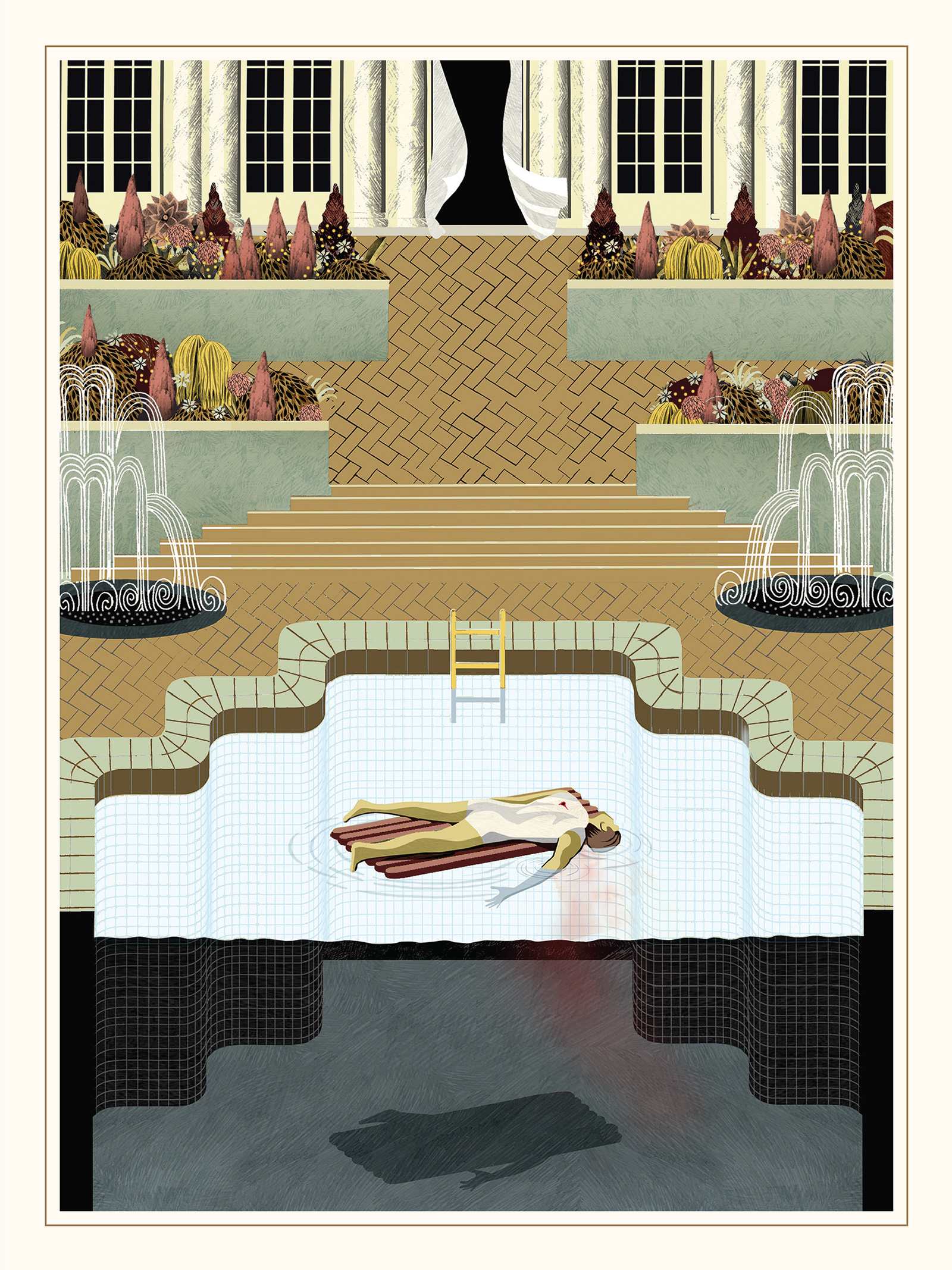 On January 1st 2021, the text for The Great Gatsby entered the public domain and it has been freely adapted for the first time with this illustrated edition published by Black Dog & Leventhal, an imprint of Hachette

“There was a faint, barely perceptible movement of the water as the fresh flow from one end urged its way toward the drain at the other. With little ripples that were hardly the shadows of waves, the laden mattress moved irregularly down the pool. A small gust of wind that scarcely corrugated the surface was enough to disturb its accidental course with its accidental burden. The touch of a cluster of leaves revolved it slowly, tracing, like the leg of transit, a thin red circle in the water.”