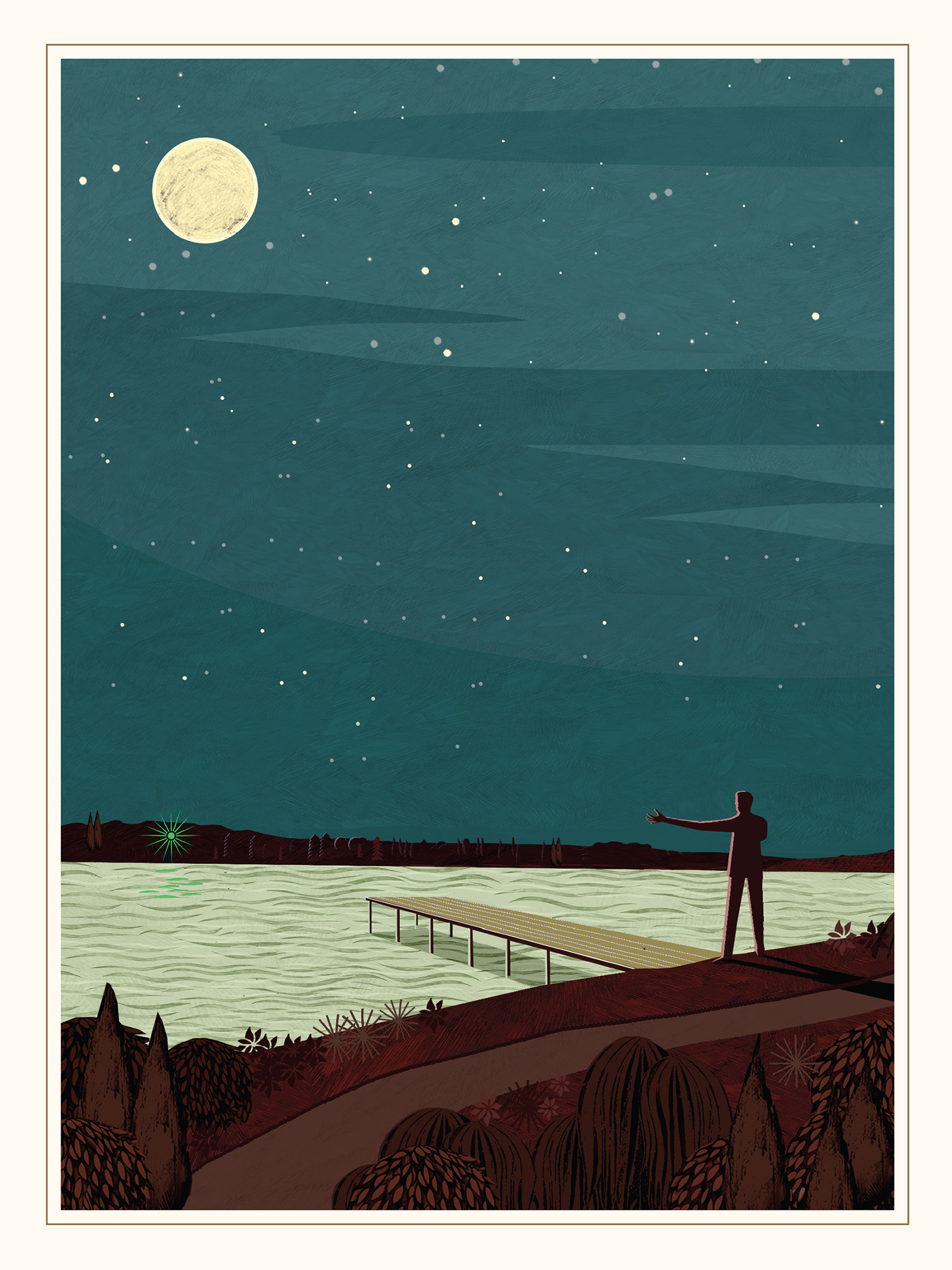 On January 1st 2021, the text for The Great Gatsby entered the public domain and it has been freely adapted for the first time with this illustrated edition published by Black Dog & Leventhal, an imprint of Hachette

“He stretched out his arms toward the dark water in a curious way, and, far as I was from him, I could have sworn he was trembling. Involuntarily I glanced seaward—and distinguished nothing except a single green light, minute and far away, that might have been the end of a dock.”